Back Bay Mission has a proud history of service on the Mississippi Gulf Coast.

First Evangelical provides Sunday School education, clothing, shoes, and medicine to the children of the Back Bay fisher folk. By 1925, First Evangelical is also offering classes in sewing, embroidery, craft work, and cooking. In 1926, it opens two chapels (one at Back Bay Blvd. and Oak St., the other at Chartres St. and Fayard St.). Services are held on Sunday and Tuesday. Sunday School is still held at First Evangelical, in part “to overcome the class consciousness which hitherto formed an undesirable social cleavage between the people of two communities.” In 1929, a clinic is added to the Chartres Street Chapel. 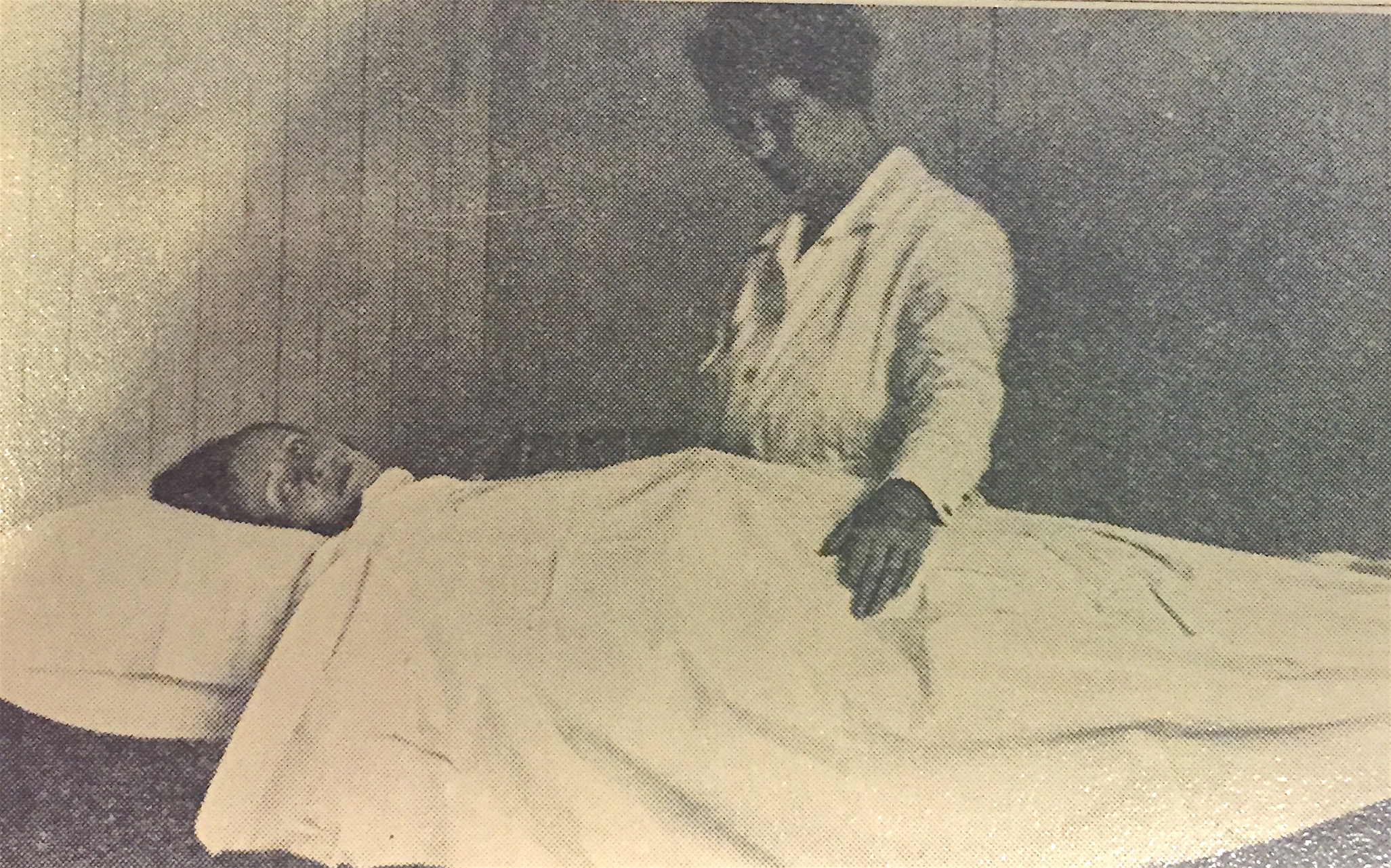 1922: Rev. George M.L. Hoffman and Mrs. Louise A. McDonnell of the First Evangelical Church in Biloxi (a congregation of the Evangelical Synod of North America, a predecessor denomination to the United Church of Christ) begin outreach to the ‘fisher folk’ of the Back Bay. At the time, ‘missions’ was a term primarily used to describe the founding of new congregations. The new mission quickly broadened that understanding. 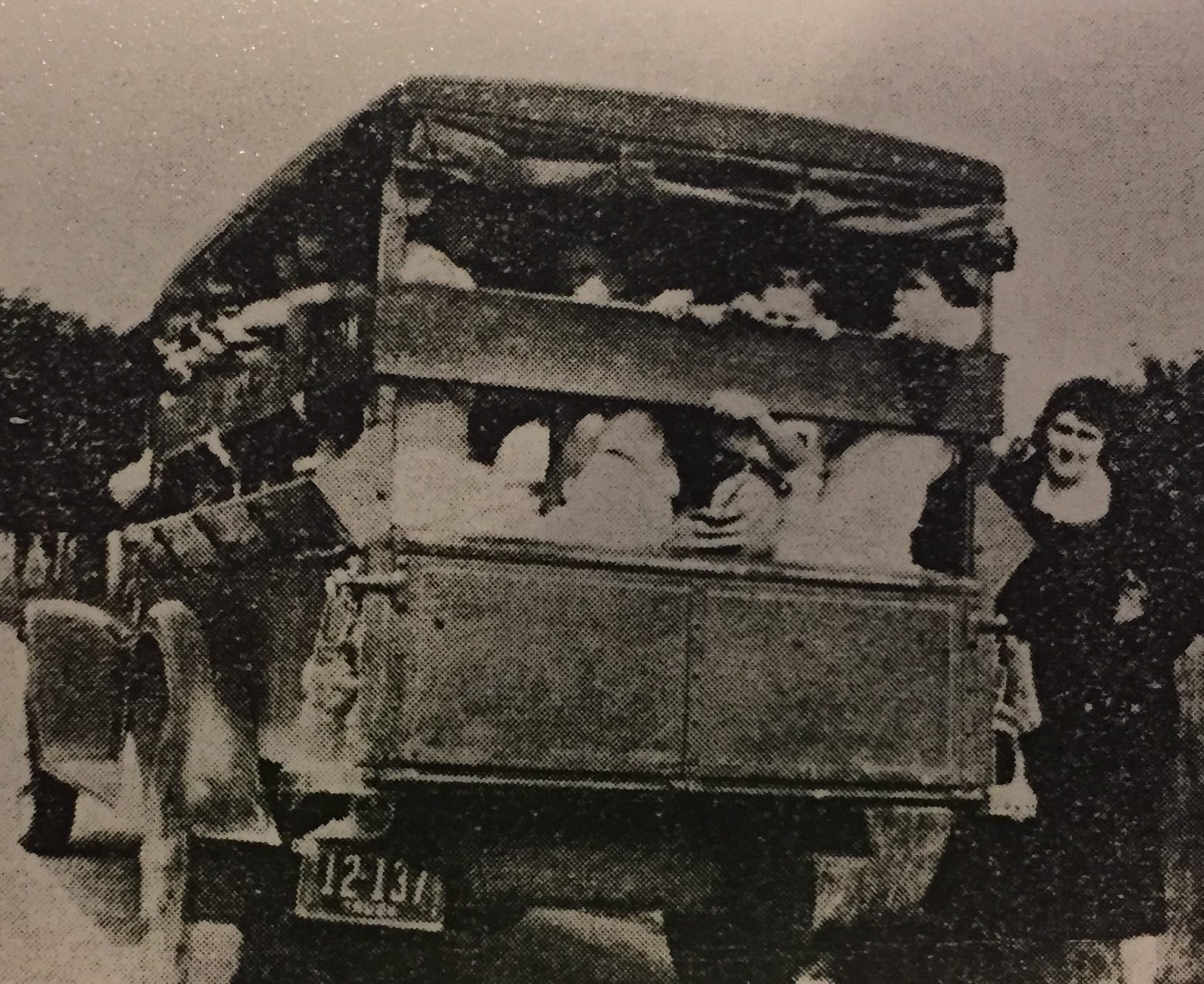 A clinic is opened at the Oak Street Chapel. Staff includes two physicians, a dentist, and a technician. In response to the establishment of Keesler Air Field, First Evangelical establishes a Soldier’s Entertainment Fund and hosts Open Houses for Service Personnel twice a week. A Back Bay church is created as a separate organization from First Evangelical Church.

1948: By this time, the Mission includes a congregation, two Sunday School classes every Sunday morning, two church services every Sunday evening, various weekday activities for adults and children, a clinic under the direction of Mrs. McDonnell, and a clothing center and food pantry.

The Oak Street location is closed and all activities are moved to the Chartres Street location. By the end of the decade, a Back Bay Administrative Board is formed, a craft shop for boys is opened, St. Paul’s Back Bay Church is organized at Chartres Street (1956), a weekday nursery school and kindergarten is opened (1958), Teen Town is created (rolls increase from 25 to 600 in the first year, 1959), and St. Paul’s Credit Union is opened (1959).

1956: Biloxi Evangelical Church is severely damaged in a fire and the congregation moves to a new building on E. Howard Ave.

1957: The United Church of Christ is formed when the Evangelical and Reformed Church merges with the Congregational Christian Churches. A bell tower is erected at Chartres Street to commemorate Mrs. MacDonnell’s years of service. She retires in 1958.

1959: The first issue of The Changing Tides is published on June 18.

A new community center opens featuring a craft shop, library, preschool classrooms, kitchen, and community room. St. Paul’s and First Evangelical combine to form The United Church of Christ of Biloxi. Back Bay Mission becomes a member of the Commission on Health and Welfare Services of the Evangelical and Reformed Church (soon to be the Council for Health and Human Services Ministries of the United Church of Christ). The Mission is heavily involved in founding Harrison County Head Start and the Harrison County Planned Parenthood Association. The Mission begins hosting summer work camps to improve housing for elderly residents. 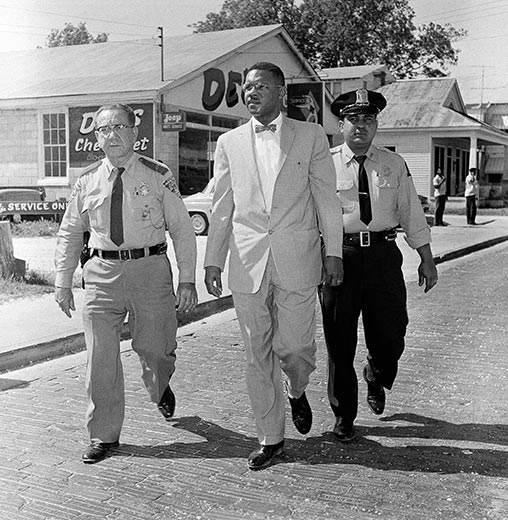 The Mission and Civil Rights: In 1962, the Mission began hosting integrated activities. In 1963, Mission staff and volunteers were arrested at the final wade-in on Biloxi’s beaches. Many members of the church resign their memberships in response. Also in 1963, the Mission hosts the Annual Ministerial Banquet of the Mississippi State Conference of the NAACP and is subjected to attacks for several months afterwards, including a cross burned at the Mission. The Mission serves as the mailing address for the Council of Federated Organizations.

The Mission is involved with a HUD-supported Neighborhood Improvement Program in Biloxi. The Anchor, a coffeehouse for military personnel, is created as a joint project between the Mission and protestant chaplains at Keesler (the chaplains are ordered to disassociate because of alleged antiwar activity there). Back Bay Mission is instrumental in founding Coastal Family Health. Shrimp boils begin. The Mission creates the Gulf Coast Women’s Center (1978).

Back Bay Mission is forced to sell its historic property to the Port Authority of Biloxi so that a road can be widened to service casino barges. The Mission moves to its current location on Division Street. The Mission launches a capital campaign to create a national Center for Community Ministry. The Mission reactivates the Mississippi Coast Interfaith Disaster Task Force.

1990: The title for the Mission’s property moves from the South Central Conference (who inherited it from previous denominational bodies) to the Mission. 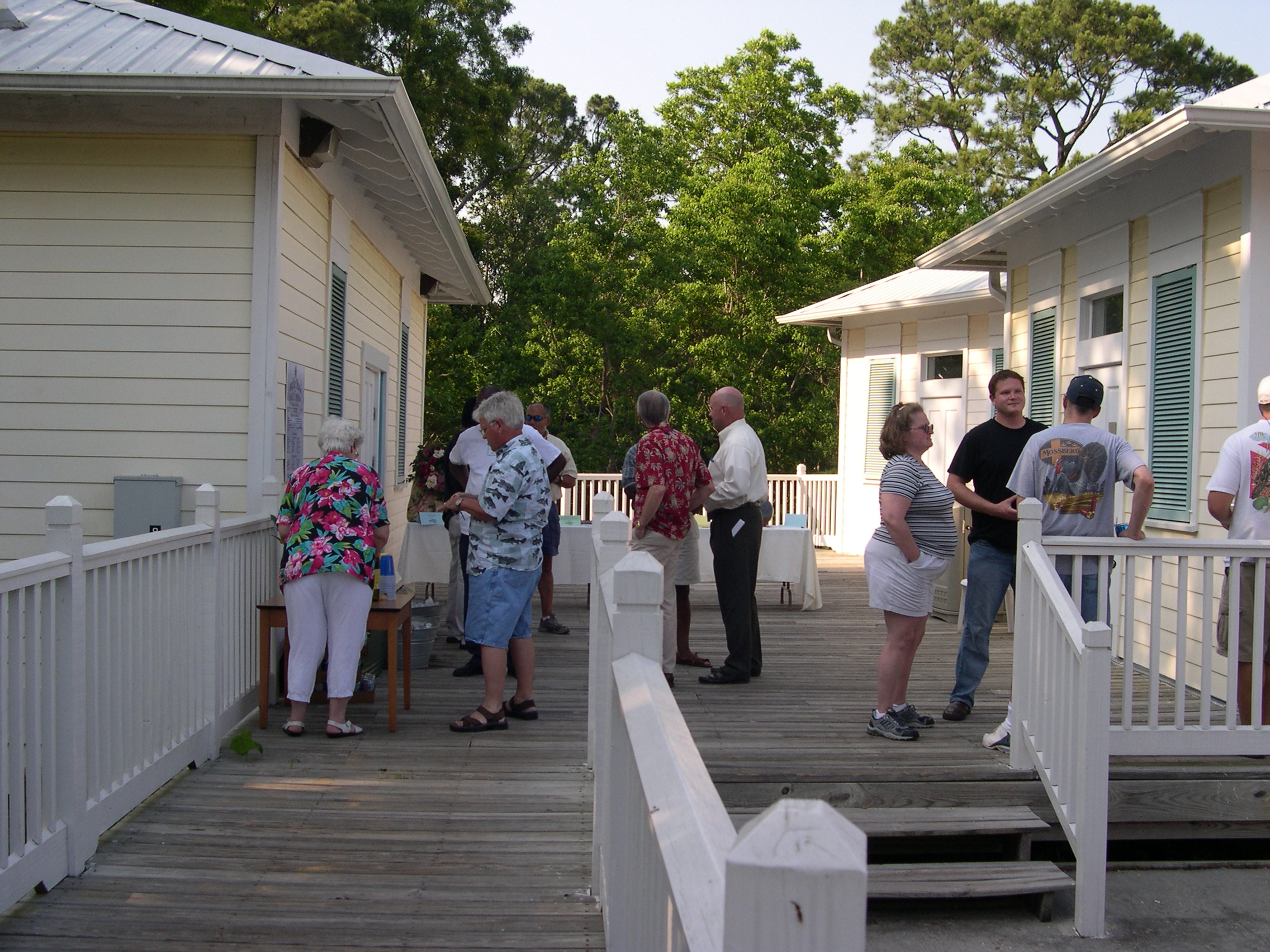 The Mission Moves: In the early 1990s, casinos opened on barges along the Gulf Coast. In 1994, a developer approached the Mission asking to purchase or lease the Mission’s property. When the Mission asked more than they were willing to offer, the developer went to the City for help. The City chose to sue the Mission for land to widen Bayview and Caillavet Streets to create better access to the casinos on the Back Bay. After a lengthy court battle, the Mission agreed to sell its property to the Port Authority of Biloxi for $2.2 million. The new campus came to include the office building (1996), a thrift store (1997, on the corner of Division and Caillavet), a cottage on Division (1997), and a house on Iroqois (1997).

The Mission begins repairing its relationship with the City of Biloxi and seeking funds from sources beyond the United Church of Christ. The Mission also identifies three key areas of work – the Center for Community Ministry, work camping opportunities (including international work camps), and homeless and housing initiatives – as well as emergency assistance. In this decade, the Mission will be integral in creating the Open Doors Homeless Coalition (2001) and the Interfaith Hospitality Network. The Mission also opens the Home At Last program (2002) and begins development on Bethel Estates (2009).

Hurricane Katrina: In August 2005, Hurricane Katrina decimated the Mississippi Gulf Coast, including the Mission. Six out of seven buildings were damaged beyond repair and the Mission was forced to operate out of Executive Director Shari Prestemon’s home for a time. The Mission quickly obtains modular trailers and begins serving. The Mission reopens the administrative building in 2007 and dedicates the Micah Center and Mission House in 2009.

The Mission opened the Micah Day Center in 2010, providing a safe place for homeless and at risk populations to enjoy fellowship and receive vital services, such as showers, laundry facilities, and clothing.

In 2014, the Mission, through its subsidiary Gulf Coast Housing Initiative, opened HomePort I, providing permanent supportive housing for veterans.

HomePort II opened in 2015, providing three times as much housing as HomePort I.